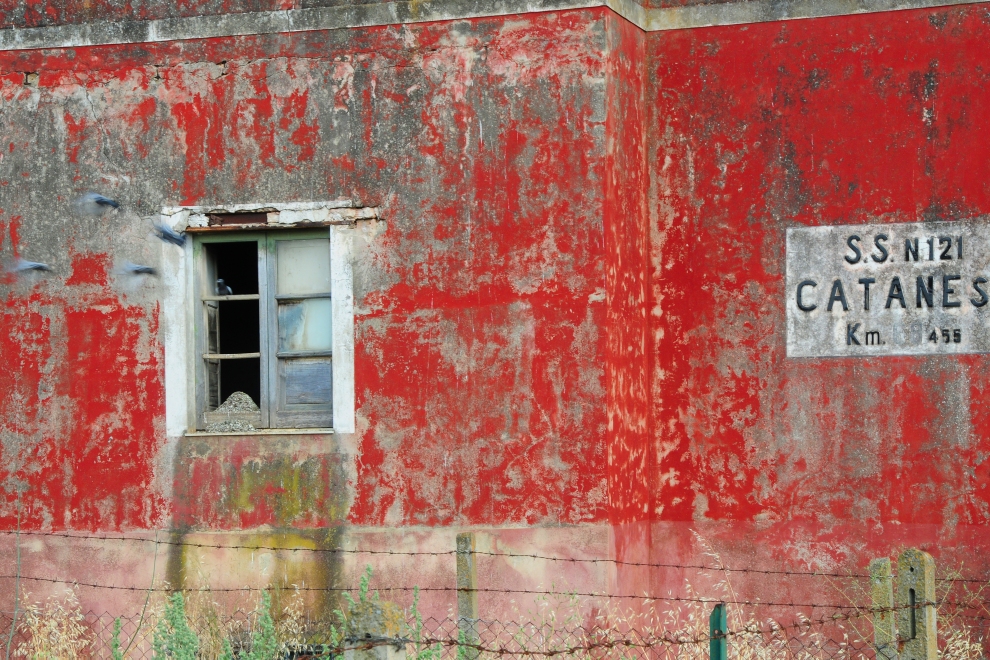 AGIRA, SICILY, ITALY:  This long abandoned building is near Agira, Sicily. It’s now home to a sizeable pigeon population that calls the old building home. The building is not far from the Agira Canadian cemetery which is the only exclusively Canadian cemetery in Italy from the Second World War. Elsewhere in the country, Canadian war dead were often buried with other Commonwealth soldiers. Agira is the final resting place for all 490 Canadians killed during the Sicily campaign.

Operation Husky was the code name for the invasion of Sicily. On July 10, 1943,160,000 British, Canadian, and American troops landed in southern Sicily in advance of future Allied landings on mainland Italy. The terrain in southern and central Sicily is very hilly and was mostly barren in 1943. The German defenders put up great resistance and the Canadians had it tough in their advance toward Agira.  Still, today, one can see the locations of the German defences and the route Canadian troops took in their attack on the town.

After the taking of Agira, most of the Canadian troops were merged with the British for the final advance toward Messina on the northern tip of Sicily.  Sicily finally fell on August 17th, 1943, just five weeks after the landings.  Shot handheld with a Nikon D300, ISO 250, f/20, 1/40 sec. 56mm on Nikon 18-200 lens, photo by John Ecker  |   pantheon photography