SUNFLOWER, ARSIE, VENETO REGION, ITALY: This beautiful sunflower stood out against a blue sky in the Dolomite Mountains of northern Italy. I like the shot because of the way the leaves create a feeling of motion.  It was also one of my big sister’s favourite flowers. The photo was taken in the town of Arsie, which is located roughly 80 kms. northwest of Venice in the Veneto Region. Arsie sits on a plain surrounded by mountains near Lake Corlo, an artificial lake created in 1954 along the slopes of Monte Grappa for the production of hydro electricity. At its height in 1911, approximately 11,000 people lived in Arsie. Now, there are roughly 2,500 people living in the town. 6 Catholic parishes, 5 schools and 2 banks and 1 pharmacy serve the town.
Shot handheld with a Nikon D300, 18-200 DX zoom lens at 82mm, f25, 1/250 sec, ISO 1250
Copyright photo by John Ecker | pantheon photography 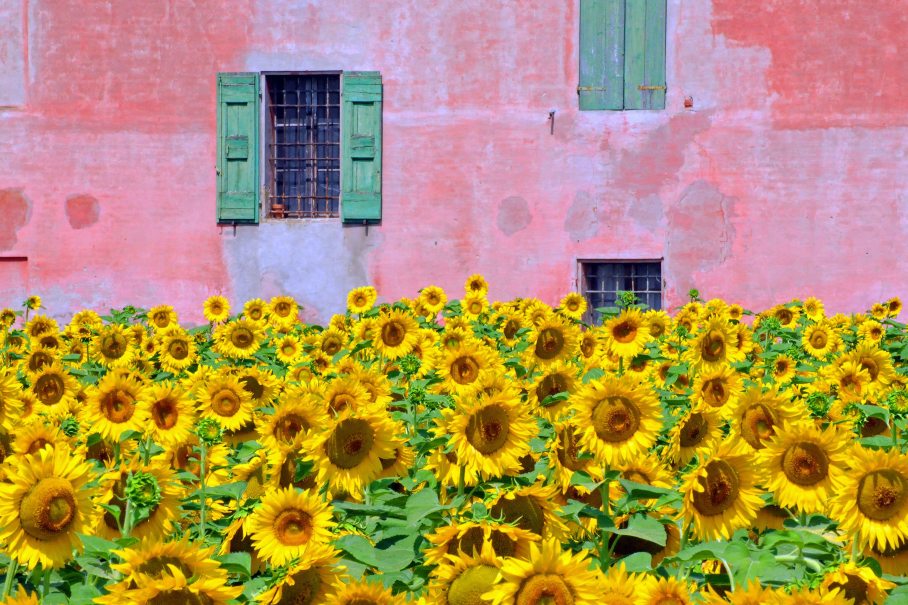 TUSCAN FARM BUILDING, ITALY:  I love shooting photos in Tuscany. This photo was taken in early July, late in the sunflower growing season.  The Tuscan region is where the Italian Renaissance was born– home to Michelangelo, da Vinci, Botticelli and Puccini.  And, of course, it’s also the home of Chianti wine. 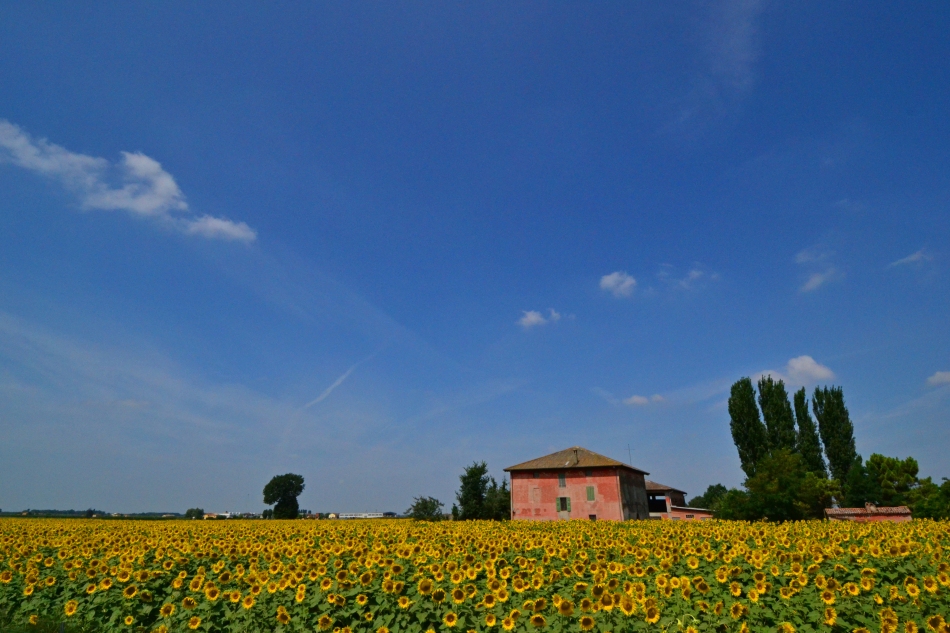 TUSCANY ITALY:   Tuscany and Tuscan inspired decor and colours became especially popular after the release of Frances Mayes’ book Under the Tuscan Sun in 1997 and released as a major motion picture in 2003. It seems every home paint manufacturer soon came out Tuscan inspired colours– typically in the red/ocher, orange, yellow/gold, green and– to a lesser extent, blue hues.  I find the ocher colour of this farm building to be pretty typical of the Tuscan countryside.  The Tuscan region is also where the Italian Renaissance was born– home to Michelangelo, da Vinci, Botticellie and Puccini.  And, of course, it’s the also home of Chianti! 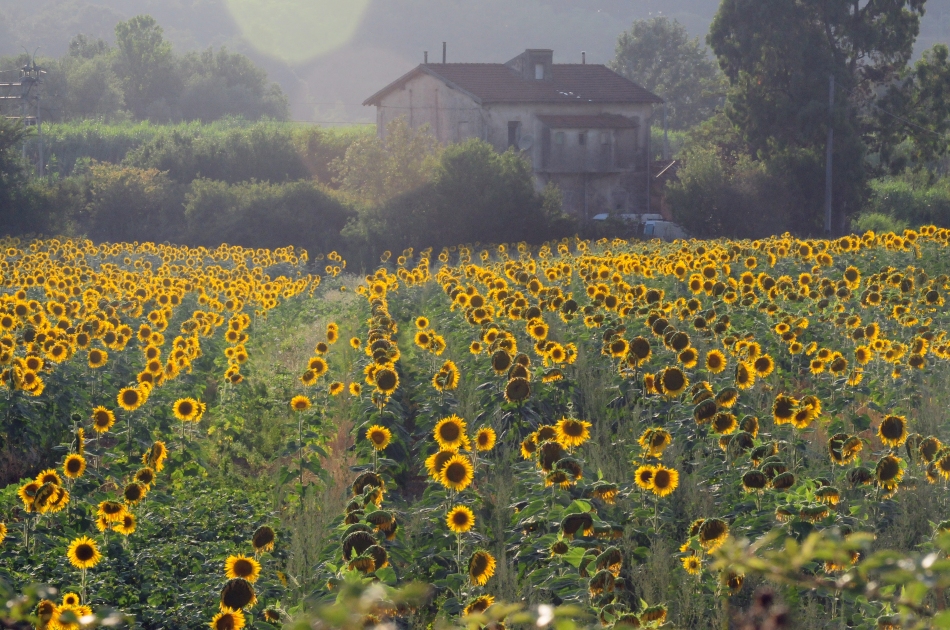 SUNFLOWER FIELD, TUSCANY, ITALY:   This region of Italy is spectacular near the end of the day.  The golden light from the setting sun played beautifully on this field of sunflowers.  Shot handheld with a Nikon D300, with a Nikkor AFS 70-300mm lens at 187mm, f25, 1/250th sec., ISO 1250.